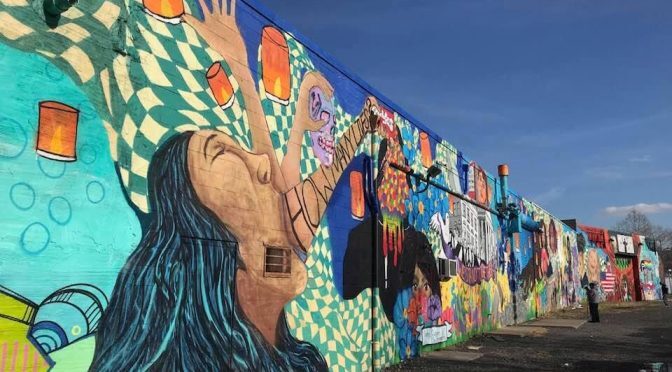 We have been asked to inform you of this new project from our teammate, Duda Penteado.  Duda is one of the most respected public/mural arts leaders in New Jersey.  He and his production colleagues are finally ready to launch their documentary, “How Many Lives?” about their mural project expression concerning  gun violence in America.   They have created a kickstarter campaign to raise funds to finish this project.

Duda says that this is one of the most important projects that he has had the privilege of working on throughout his significant creative career.  Over the next 18 days,  he asks that you consider contributing to this effort, share news of this project and help spread the word so that he and his co-producers can meet their goal.

You can find out more about which cookies we are using or switch them off in settings.

This website uses cookies so that we can provide you with the best user experience possible. Cookie information is stored in your browser and performs functions such as recognising you when you return to our website and helping our team to understand which sections of the website you find most interesting and useful.

Strictly Necessary Cookie should be enabled at all times so that we can save your preferences for cookie settings.

If you disable this cookie, we will not be able to save your preferences. This means that every time you visit this website you will need to enable or disable cookies again.